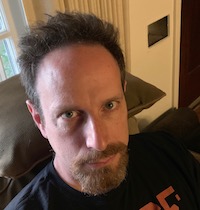 Orren loves dogs. And comics. And tech gadgets. And sci-fi/fantasy. And figurines and art of all of the above. So he started The Ωmega Beam as a way of sharing all those loves with other people who share those loves.

When he’s not hosting The Ωmega Beam podcast, he writes novels and short stories–mostly urban fantasy and science fiction, including the long-running series The Sedumen Chronicles. With dogs, obviously. He also has a heavy electro rock band, Ember After. 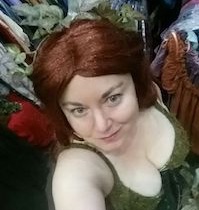 When voice actress Golden isn’t busy recording audiobooks, she likes to immerse herself in sci-fi/fantasy films, tv, movies, and novels; comics; Dungeons & Dragons and boardgames in general; Ren Faire; all things Disney; and collecting ornate artisanal blown glass. She loves dogs too (sort of a theme here). As Orren’s partner in geekery as well as life, she joins The Ωmega Beam as co-host.

Click here for the complete link of guests on the podcast

Want to get in touch? Drop us an email.

episodes | words | about us